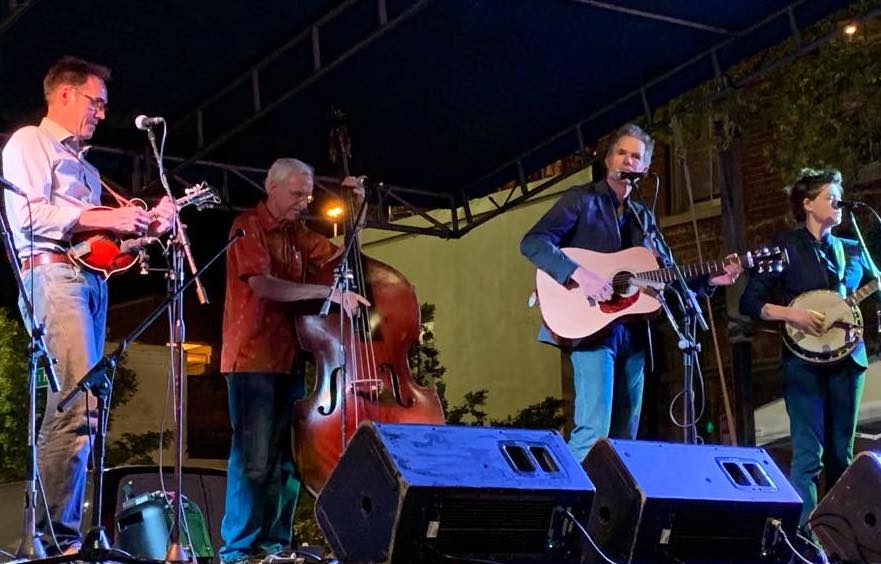 Chris Jones is a singer, a songwriter, a guitarist and, thanks to his role hosting SiriusXM’s Bluegrass Junction, one of the most widely heard broadcasting voices in bluegrass music. His immediately recognizable voice and warm sense of humor have combined to make him one of the music’s most distinctive personalities and one of its strongest artists. He and the band have recorded two critically acclaimed albums and generated five #1 songs on the bluegrass music charts. Altogether, Chris has had nine chart-topping songs and has won six IBMA awards including a 2014 IBMA award for Print/Media Person of the Year for his widely read humor column for Bluegrass Today, and a second award for Broadcaster of the Year in 2015.