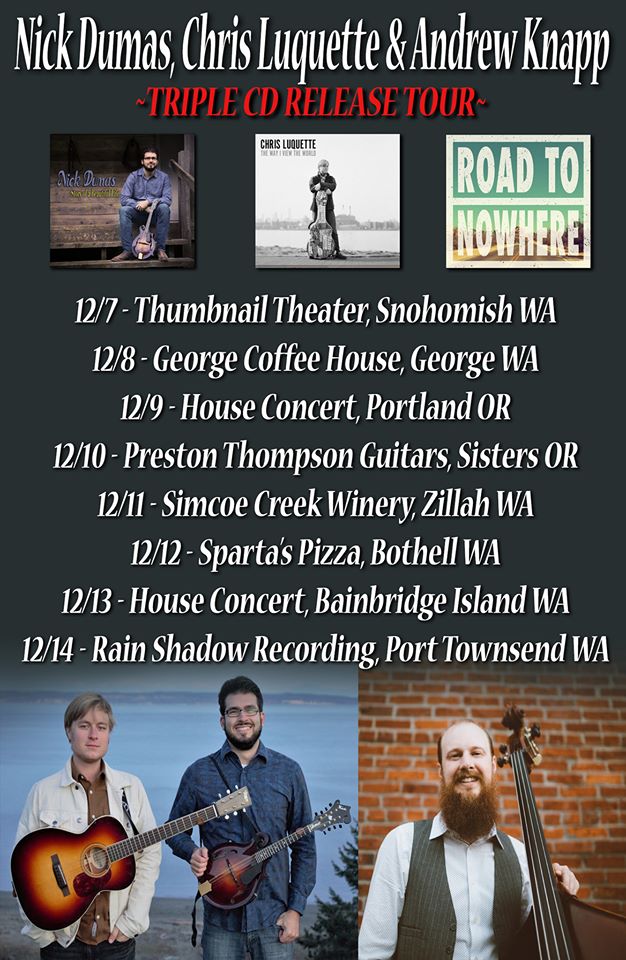 Three young musicians who started out in Washington State and are now making names for themselves nationally and around the globe will be playing a series of concerts in the Northwest in December.  Chris Luquette is winning rave reviews as the guitar player with the terrific band Frank Solivan and Dirty Kitchen. Nick Dumas is finishing up five years wowing fans of Special Consensus with his singing and mandolin playing. Andrew Knapp is superb bass player and singer with the Seattle band Warren G.  Hardings.

On Monday, Dec. 9, they will be playing at a house concert in Northeast Portland.  It also will be a triple CD release party — so grab this chance to get their signatures on these exciting new discs.

Suggested contribution is $20 – $30. For information and reservations, contact clairell2002@yahoo.com.