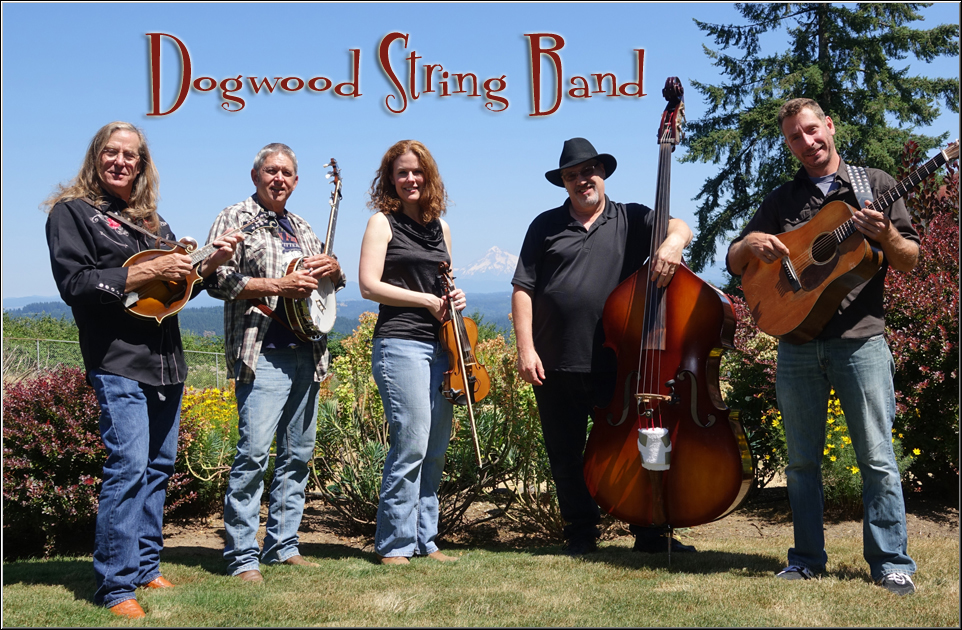 This month the OBA presents:

Skillful picking and expert three and four-part harmonies are just part of what you can expect from the Dogwood String Band, who have been plying their brand of high-energy acoustic music across the Pacific Northwest.  Three members are songwriters and everyone sings lead so there is always something fresh to listen to.

Upright bassist Belinda Underwood and national mandolin champion Josiah Payne met on the Bluegrass scene in Portland, Oregon. Musicians in multiple genres since childhood, they both grew up in family bands before moving to Oregon, and were feeling orphaned without their families until they found each other in 2012. Heavily influenced by Bluegrass and Vintage Swing, they use their diverse backgrounds to set a new standard for original music.

Guest musicians:  Joe Suskind – He swore off country music as a teenager but could not escape the music of his youth and has been writing songs, singing and playing bluegrass music for the past 10 years. He is an aggressive flat picker and prolific songwriter.