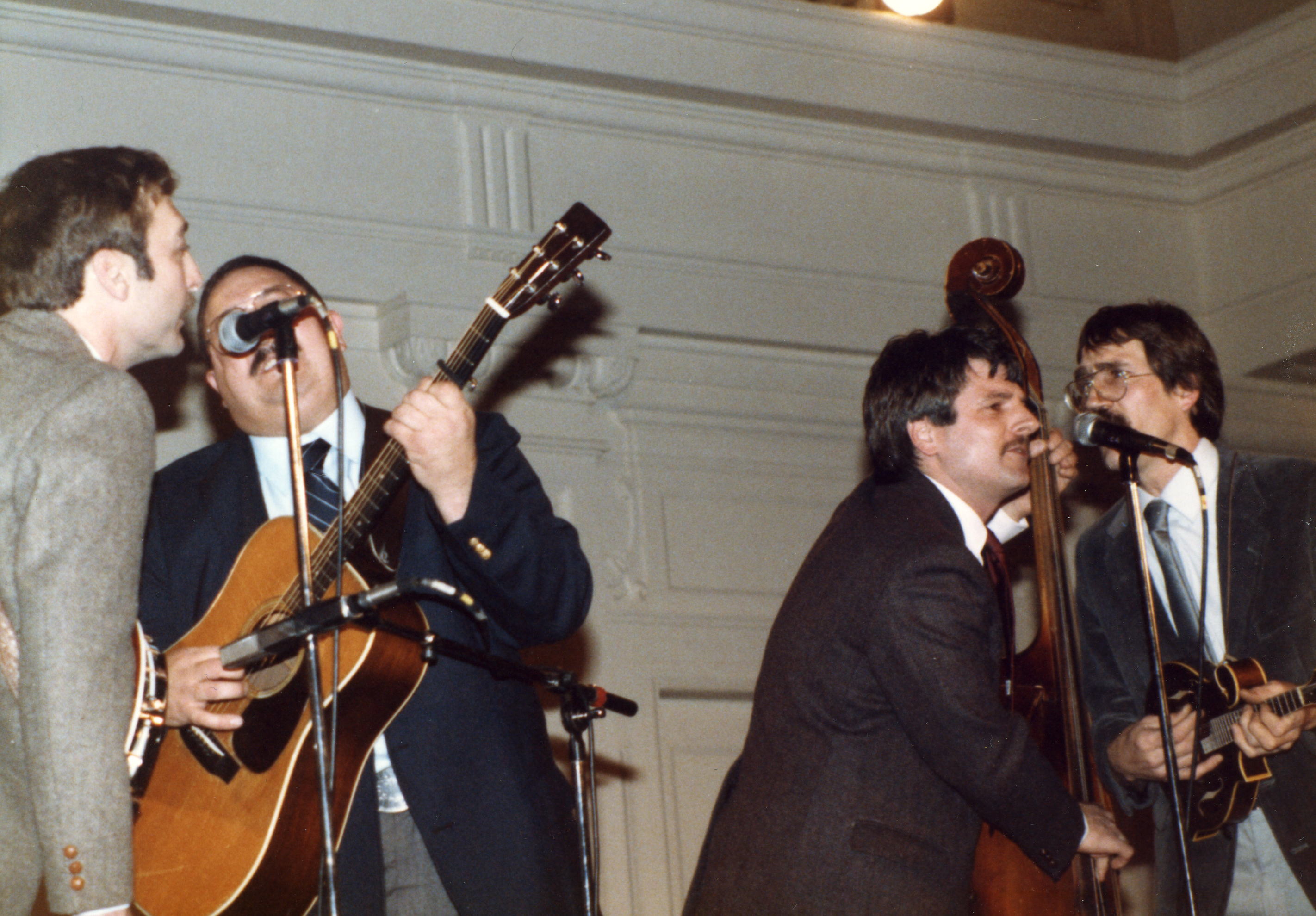 A little history about the OBA Gospel Show: In 1982, the year after the OBA was formed, the concept came together during founding member Steve Waller during his annual picking party which included Dave Elliott, Mike Stahlman, Steve Reischman and of course Sonny Hammond. According to Steve, Sonny’s idea was to make it into a fund raiser and a means to celebrate the great gospel tunes in bluegrass. Other than a little gas money, the bands donate their time to play the Gospel Show and consider it an honor to be invited to play. Sonny’s dream was for it to always be an all gospel show and its custodians always made sure it was kept that way.

The bands this year are The EOScenes and Highway Home. The EOScenes band has been together in various configurations since their college years at Eastern Oregon College (now University). The name EOScenes, is a play on the college’s monogram, EOC (which later became EOU) and the Eocene epoch, a period on the geological time scale that occurred 55-34 million years ago. The band consists of Ron Emmons, Hugh McClellan, Duane Boyer and Hal Spence.

Coming to the show is another way of supporting the Oregon Bluegrass Association, which is dedicated to the promotion, performance and preservation of the genre.