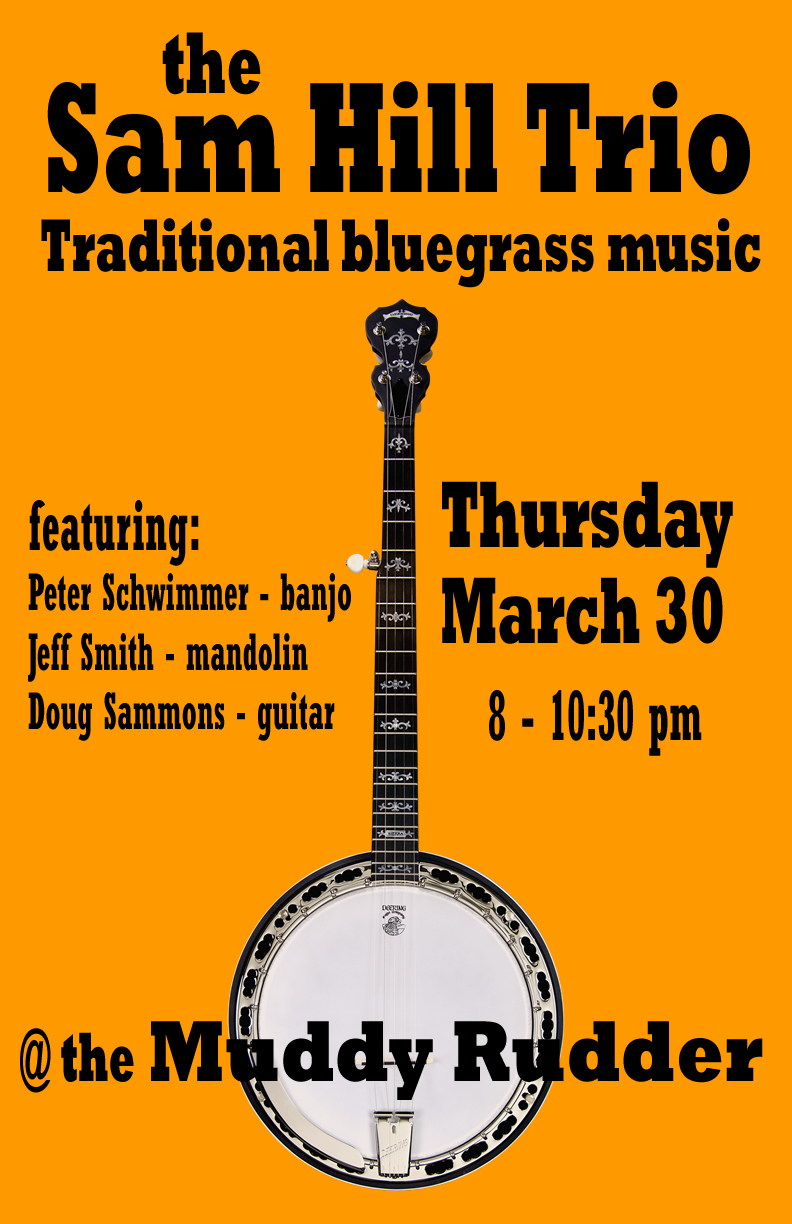 Portland based Sam Hill was a perennial favorite amongst bluegrass music fans here in the Pacific Northwest for about a dozen years until their breakup at the beginning of 2005. Three critically acclaimed CD’s chock full of impressive, traditional sounding original songs, as well as exciting stage shows, had helped boost the group’s popularity and brought them to many of the West Coast’s major festivals. Sam Hill also performed across the United States, touring New England, making an appearance at the Telluride Bluegrass Festival, as well as showcasing at the International Bluegrass Music Association’s annual trade show in Louisville, Kentucky. For this rare show three former members – Jeff Smith on mandolin, Peter Schwimmer on banjo, and Doug Sammons on guitar – reunite for an evening of neo-traditional bluegrass at the Muddy Rudder in Portland’s Sellwood neighborhood. Come out ya’ll.