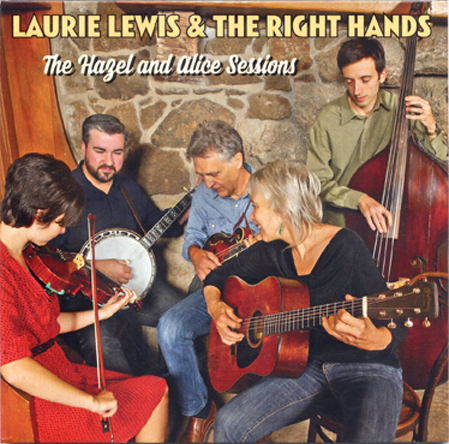 Laurie Lewis is among the best known and best admired bluegrass musicians of either gender in the world. Two-time IBMA Female Vocalist of the Year, she is also a great fiddler and guitar player, an extraordinary songwriter and arranger and a hard-working and effective band leader. She has an astounding range of talents and interests (dance, violin making, long-distance bicycling, and more…). She is one of the founding members of the early 70s bluegrass scene in the Bay Area, playing with many of the artists that found themselves on the west coast at that time. She also won a Grammy for True Life Blues: The Songs of Bill Monroe in 1997.

This concert is also the official release for Laurie Lewis & The Right Hands’ new CD, which celebrates the work of pioneering bluegrass duo Hazel Dickens and Alice Gerrard. Hazel and Alice were two of the first professional female artists in bluegrass and they paved the way for so many more. Laurie has always been inspired by Hazel and Alice and is herself a trailblazing woman in bluegrass who has now inspired multiple generations as well. The new album features songs written by Hazel and Alice, plus traditional songs from their repertoire.