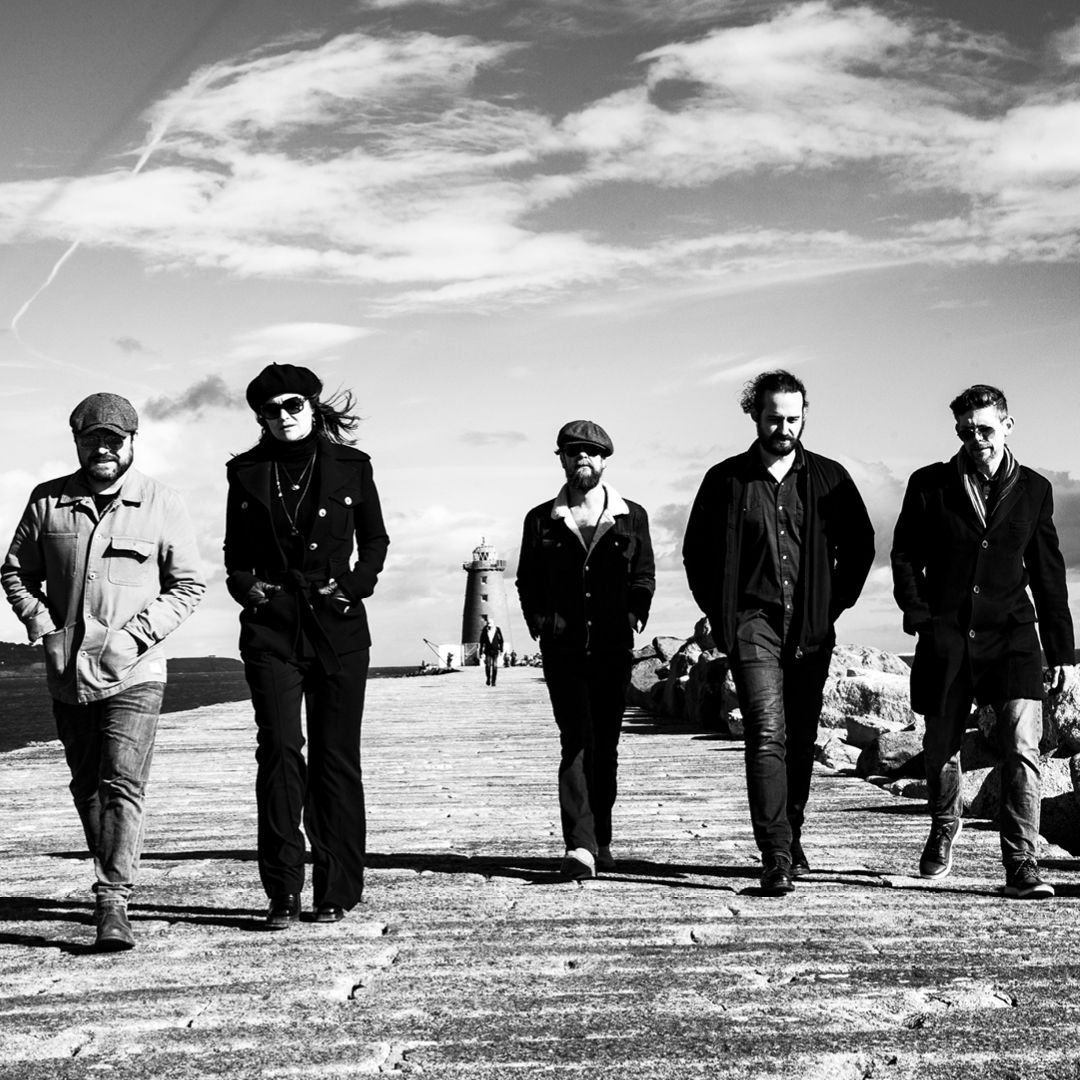 Dublin, Ireland’s I Draw Slow has already won the adoration of fans in their home country and North America by combining American folk and Irish storytelling traditions with close-harmony vocals, intriguing instrumentation and compelling subject matter. And on their debut with Compass Records,Turn Your Face to the Sun, released April 21, 2017, the band adds even more depth to their sound and songwriting.

This time out, sibling vocalists Dave and Louise Holden, with Dave on acoustic guitar, Adrian Harton violin, Colin Derham on clawhammer banjo and Konrad Liddy on double bass, chose to color their blend of vocals and strings with brass and percussion. They also chose to address a theme of loss, through lyrics that examine both the darker side of human nature and the goodness of redemption.

The band first drew attention beyond Ireland’s shores with their 2011 release, Redhills. Fueled by a prominent Spotify playlist placement and a video suggesting both 1890s bordello and 1920s speakeasy, the song “Goldmine” became the album’s breakout track.Their follow-up album, 2014’sWhite Wave Chapel, reached No. 2 on Ireland’s iTunes chart, driven in part by the video for“Valentine,” which featured Game of Thrones star Aidan Gillen.

In the meantime, they established themselves as festival standouts, appearing at MerleFest, Pickathon, Wintergrass, RockyGrass, Grey Fox, Red Wing, Edmonton Folk Fest and High SierraMusic Festival to name a few. They’ve also appeared on many radio shows, including the syndicated“Mountain Stage.”

Their energetic live performances and inventive combination of Appalachian and Irish roots music has drawn so much support, they were able to completely crowd-fund the recording ofTurn YourFace to the Sun—which they tracked over one weekend, camping out in a house in County Wicklow, Ireland, with engineer Brian Masterson (U2, Van Morrison). It captures I Draw Slow at their best—when they’re all together, separated only by air.

Speaking of air, first-time I Draw Slow listeners ought to be warned: This band very well might take their breath away. And they won’t even mind.

“With White Wave Chapel, their best album to date, under their belt, it seems a matter of time before I Draw Slow will dominate the global folk scene.”–Peter McGuire, Huffington Post UK

“For an all-acoustic group, I Draw Slow sure do have a fully realized sound. May we recommend “Valentine,””Grand Hotel” and “Don’t She Run.”-The Bluegrass Situation

“It’s as gritty as it is beautiful” -CMT Edge