AJ Lee and Blue Summit at the Alberta Rose Theatre 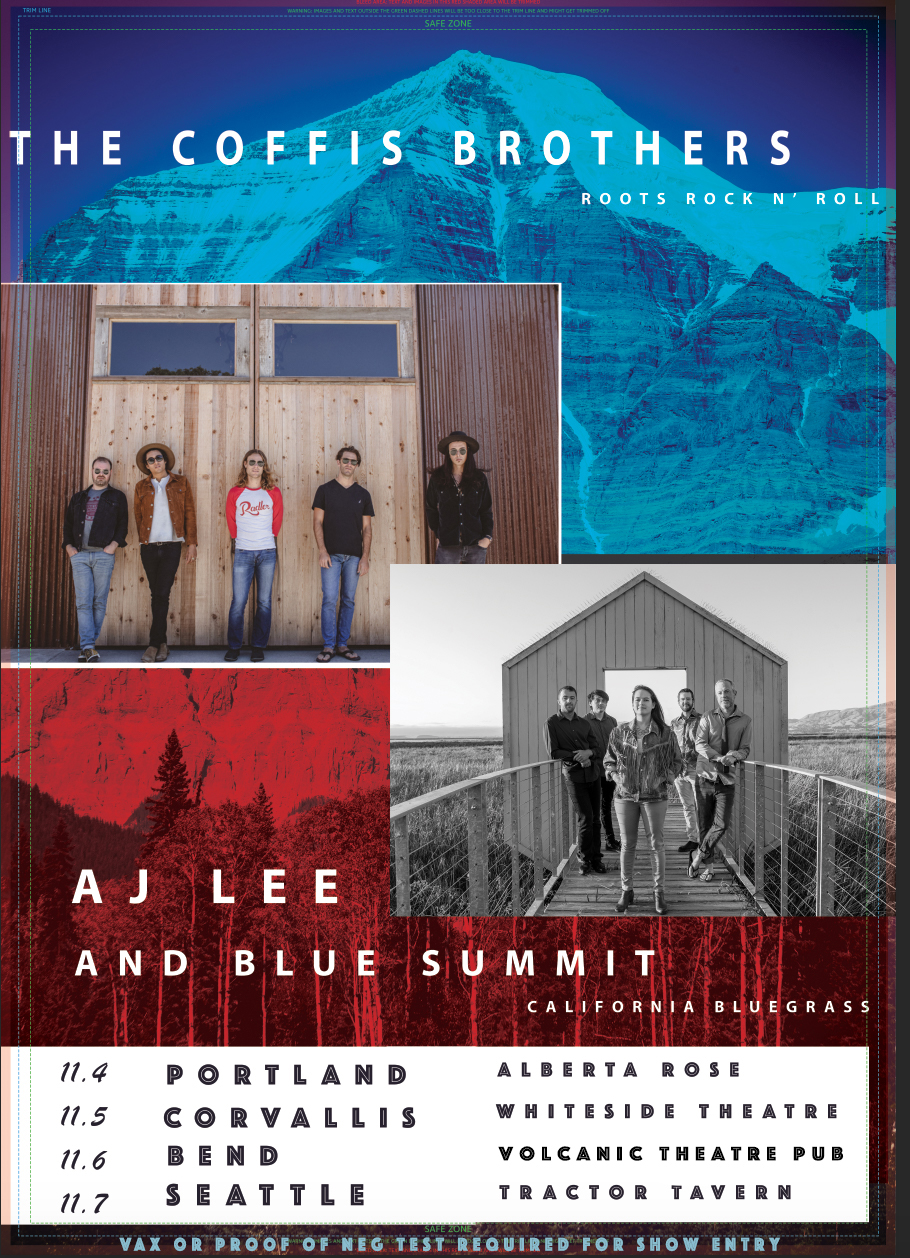 AJ Lee and Blue Summit made their first appearance in Santa Cruz in 2015. Led by singer, songwriter, and mandolinist, AJ Lee, the bluegrass band has performed all over the world, but found home in California’s Bay Area. In 2019, they released their debut album, Like I Used To. Their second full length project, I’ll Come Back, comes out August 2021 – with a national tour in support of the record ongoing.

Unlike their first record, which featured experimentation with session musicians and electric instruments, the new project is a pure reflection of the live sound of the group, hearkening back to their acoustic roots. Each band member performs at their peak, and the variety of songs on the record caters to their broad fanbase. Certain tracks (“Put Your Head Down,” and “Faithful,”) fall more in the classic bluegrass realm of songwriting, while others (“Lemons and Tangerines,” and “I’ll Come Back,”) fall into that hard-to-define realm of acoustic Americana that blends mesmerizing lyricism and acoustic mastery.

Although falling loosely under the bluegrass label, AJLBS generally plays sans banjo, with Sullivan Tuttle and Jesse Fichman on steel stringed acoustic guitars, AJ on mandolin, Jan Purat on fiddle, and Chad Bowen on upright bass – a configuration effectively used to create unique space and texture in the arrangements not as commonly found in the music of their peers.  Drawing from influences such as country, soul, swing, rock, and jam music, the band uses the lens of bluegrass as a vessel through which to express and explore the thread that binds and unifies all great music.

AJ Lee & Blue Summit (Acoustic/Bluegrass) and The Coffis Brothers (Americana/Rock) and are very different northern California bands with two things in common.  They both are great live performers who take great care in crafting timeless songs.